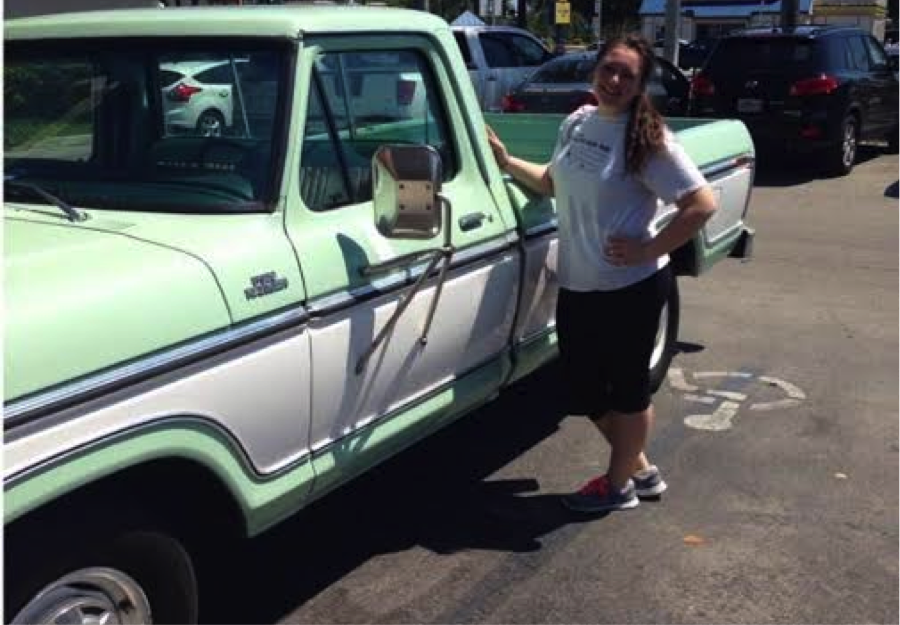 This mint green 1978 Ford F-150 Pickup Truck certainly deserves to sit in the spotlight this month. Danielle Pell, a senior here at Falls Church High School and proud owner of the vehicle, acquired the car as an early birthday present from her parents. Because the car was originally in Florida, both she and her father flew down to purchase it and drove it back up to Virginia.

Danielle stated that the trip did not run as smoothly as they expected. “My dad and I had some trouble bringing it back home and unfortunately we had to stop and stay in multiple hotels as it was getting fixed up in the shop. But that was just a part of the experience.” She did not seem to mind those bumps in the road, because the car was more than worth it. Danielle also described how on some occasions, when she would drive her friends home from school, the truck would not start up immediately. Shedding light on the situation, Danielle said that when this would happen she would tell her friends, “It builds character!”

Despite its occasional malfunctions, Danielle genuinely says that she absolutely loves the car. “It has so much character and is really fun to drive because people always honk at me and wave.” Its snazzy features such as chrome side rails and running lights make it quite a sweet ride! When asked if she had any specific name for the car, she said she named it Edna after her grandmother who Danielle is certain would have loved the car just as much as she does herself. When asked of her future plans with the truck, she said, “I hope to keep it until either one of us turns 100 years old!” These two share a bond that cannot be severed!